Price is not Value

Have you felt recently that there is a bit of a disconnect between price and value? Have you perceived a kind of hidden inflationary pressure on some everyday goods and services, whilst at the same time witnessed a total deflationary vortex on some larger assets (for example your car or your house)?

Slowly, this world is getting deeper and deeper into 💩... The shit ahead is creating more stress and trouble for the largest part of the population. It also creates seismic changes all around us, and therefore it creates opportunities for the few who can both be smart enough to see them and brave enough to take them. It's an unfair world, no doubt about it, but it's the real world. So we have to get on with it.

That brings me to the "smart enough to see them" condition to thrive. You have to understand that even if I wrote about "the real world", there are two worlds out there. It's not something new, born out of COVID. There has always been two worlds. First, There is the Real World, which is producing goods and services all around us. I will call it the World of Value, because all of these goods and services are supposed to deliver value to those who buy them. Second, there is the Financial World, which for any slice of time that makes it tick (day, hour, second...), is giving a temporary price to all those goods and services. Let's call it the World of Prices.

In most times of "stability", these two worlds are connected and work in tandem. So much so, that we do not notice that they have separate existence. We believe they are just one world, a bit like the two parts of an ADN double helix, where they feed on each other in an harmonious way. 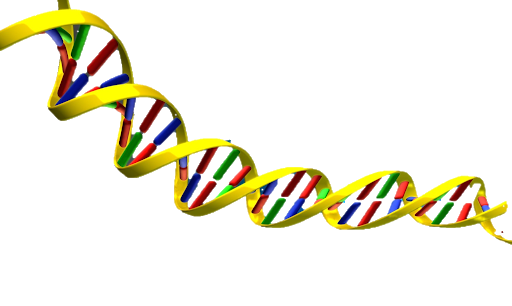 But there are a few times when the double helix is just breaking apart and these two worlds disconnect briefly. We are in one of those times. 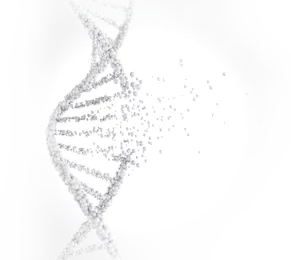 Let me illustrate this by a few stories. I was watching the BBC news yesterday. Not that I am glued to it, I have now been forced to conclude that even the BBC is a propaganda machine... Anyway... there was this little documentary about a deprived mother in the North of England. She was explaining that a bottle of liquid soap used to cost £0.79 before Covid, and now the same bottle is sold £2.99. She was confronted with the sudden distortion of the value vs price.

Of course, there are many other stories about this disconnect. I suppose you remember that one about oil price going negative just a month ago. For a few hours, oil lost all its value. It lost so much of its value that it became a liability. Even more than the previous example, this oil story illustrates perfectly the wild movement of prices in a changing environment of demand vs supply.

As a last example, look at this one. On 19th Feb 2020, a share of Tesla would cost you $920. One month later, on 18th March, you could have bought the same share at $370. Two months later (yesterday), it was for sale at $800, probably en route to be at $900 again within a few more days... All along, it's the same share in the same company. The price is the perception of value, and in this case, the perception is yoyoing as the double helix of certainty of value and certainty of price gets broken.

That brings me to this last point. I wrote about the Year of the Jubilee a few weeks ago. It's not a small point. Big economic hitters and influencers talk about the same concept, just with different words. This is the idea that our Financial System is nearing breaking point. The idea that maybe, we are in for a Reset.

We have a tendency to think that today is some sort of linear continuation of yesterday, but there are many events in the past showing that the world can switch in a day. Take the 15th August 1971, when the King of US of that ancient time declared that the US money was not going to be redeemed into gold anymore. The day after, the World of Prices changed.

This is not an isolated case. France devalued its money on 1st Jan 1960. In just one day, one new Franc was worth 100 old Francs. Of course, 20 odd years later, my parents were still talking in tens of thousands, sometimes even millions of (old) Franc. Then France devalued again, more deceptively but it did, when it converted to Euro (1 Euro for 6.55957 "new" Francs). Now a million (old) Francs is less than a month salary in today's world. Fiat currencies always devalue.

As I wrote a month a go now, we are not just in an economic crisis, but also most importantly in a brewing monetary crisis. Therefore, all considerations made, it is not beyond imagination that our financial world will get a reset in a near future. Again, a kind of Year of the Jubilee, where most debt get wiped out. The less painful way for the Masters of the Universe to do this is to devalue the current monetary system.

Let's say a new Powerful Dollar gets created in a "surprise event" happening in a year or two. The creation of a Pollar! The Pollar is worth well... maybe 20 Dollars, pick your multiplier! Within a few weeks, Dollars are removed from the system and Pollars are introduced. Suddenly, all other countries with their debt in Dollars need to pay in Pollars. Europe follows in a vassal capitulation coordinated effort and creates a Peuro (the best name they could find after having voted it by unanimity of 37 countries). The UK takes its Brexit message "Taking Back Control" literally and create a Ppound!

You see the picture... From now on, with a new reset, new money all other the world, we are allowed to restart on some kind of new bases. Inflation restarts, money is not free anymore... Welcome to a new World of Prices!

The Central Banks, the guarantors of the world stability, have come ALL-IN to keep the double helix seemingly working as before. By creating these trillions of Dollars of debt, they have totally distorted the harmonious double helix of value vs price for the foreseeable future. Because of this, there are more chances than at any time since 1945, that the world order will get disrupted even more in the coming months or maybe two years. If this happens, the double helix will break apart. If this happens, the World of Prices may have to be based on a new Power currency (Gold, Bitcoin, Renminbi or Pollar) to truly reflect the World of Values once more.

Before this happens, be smart enough and be brave enough!