Please don't challenge my logic so fast. Join me in the search of the flying whales...

The whale I tracked recently is a special one. It's not only flying, it's also glittering! Have you heard the story of Tiffany (the jeweller) who got recently bought by LVMH for $16bn? It is quite likely that you have not, because as much as it's a big whale story, it went under the radar...

Oh, you thought the whale was the $16bn prey? No my friend. The whale is the predator, not the prey. It weights in the region of $220bn. But the story is not about the size of the shrimp, it's about how the whale managed to finance the shrimp...

LVMH is controlled by the wealthiest french guy on earth, Mr Bernard Arnaud. When he saw the shiny shrimp (the glittering Tiffany), he wondered which financial leverage would help him gobble it. Like for us when we want to raise money to buy a house, he also raised money to buy his shrimp. But unlike you and me, he has the power. If not the power of flying, at least the power of getting negative interest rates!

LVMH raised $10.3bn in debt, in several tranches. So far so good. Some of this debt (the short term tranches) has negative interest, in the region of -0.20%. In other words, LVMH gets paid to borrow money for acquiring companies.

Now, because we are talking billions, and because this is in Europe, there is a near certainty that a good part of this debt was bought by (or will be soon end up with)... suspens suspens... TaDa!!! The ECB. Yes, the European Central Bank is printing so much money 🤑 that they cannot buy enough country debt, so they end up buying big European companies debt. If you remember, I already mentioned this anomaly, but was not too specific as to where the money ended up going. Well now we know... The European Central Bank is giving a free lunch to the biggest whale in France, and as if that's not enough, they pay him on top for having the privilege of asking for money. Mind you, 0.2% of a billion is still a $2m gift.

It all comes down to this: keep your critical thinking and your head on your shoulders. When you see such an anomaly as a flying whale, say it's a flying whale. The Central Banks (Europe, US, Japan, China, UK...) have printed so much money that they have totally distorted the value of financial assets for the benefit of those owning such assets, and at the risk of the rest of the population (if it goes poof 💨 it's for everyone).

Take this as an example: after years and years of buying, The Bank of Japan apparently owns 80% ($266bn) of the entire Japan ETFs on the stock market. There is nothing left to buy! Is this the role of the central bank to enrich the already mega-riches? 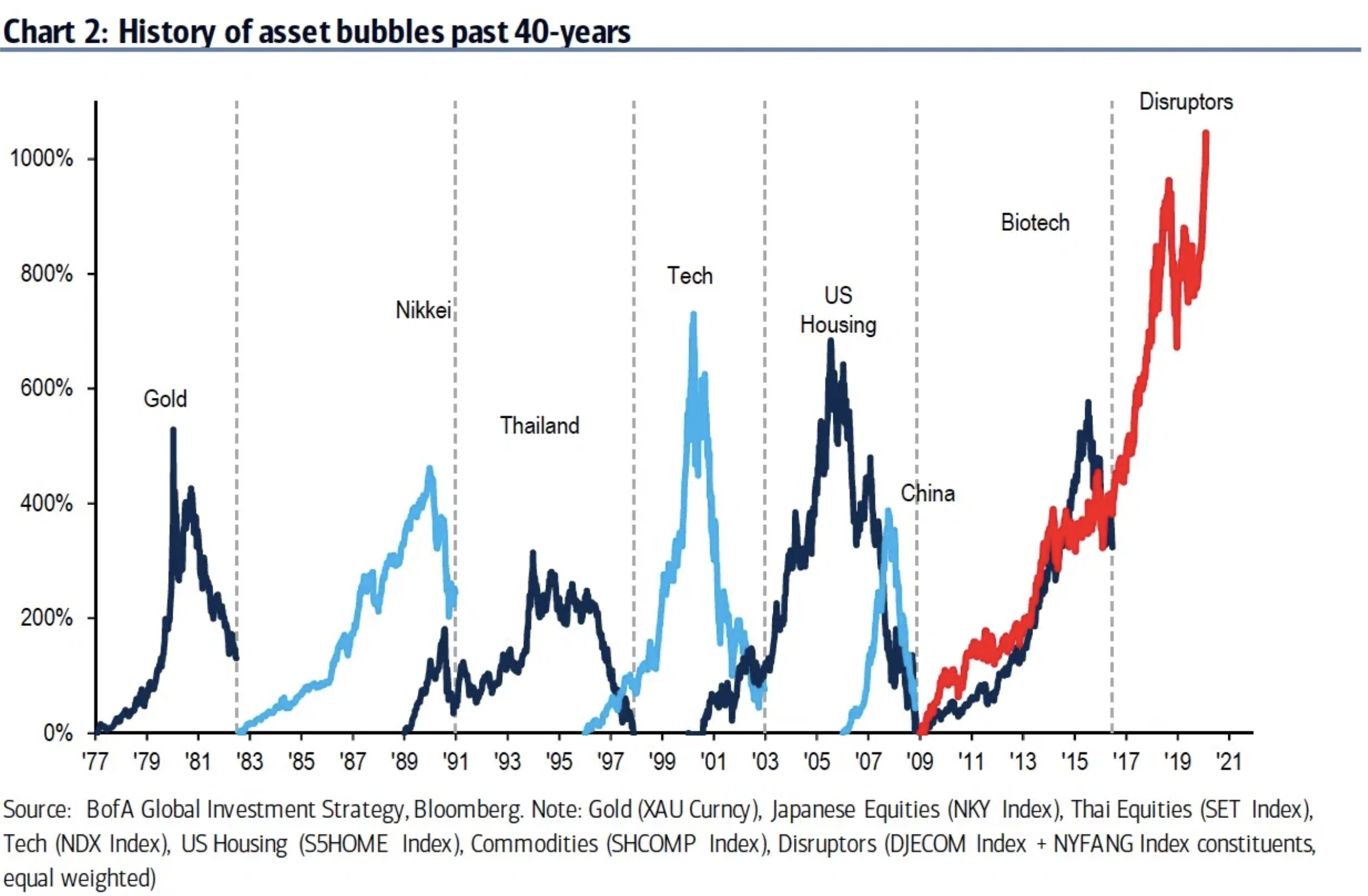 Here above is a synopsis of financial assets bubbles from the past 40 years. Yes, we are in a bubble. A Tech Bubble, a bubble of a handful of stocks. The Swiss Central Bank is en-route to owning $100bn of AAPL stock. They print money to buy AAPL, as if AAPL was not itself printing enough money to inflate its own value. And I should not even get started on the FED. The US Central Bank is pumping up the US market throwing at it dozens of $bn per day. My god, whales are flying everywhere we look!

In the world we live in, inequalities will continue to get exacerbated by powerful and controlling bodies. I have already touched on this topic in the World financial equation article, but I am more and more convinced that this is the great drama of the next generation: the risk of being a slave for life to those who own and who manipulate. Invest in yourself, be wise!