It took me a few decades to understand this...

If you trade (on the stock market), you need to accept that 90% of those trading out there are losing money. Ask yourself what good reason you have to be part of the 10% lucky ones?

Now, if you invest, you need a totally different approach. If you do not let go and have rules for entering and exiting trades, even if these rules are very basic, then you have to call them what they are: trading rules. And you did not invest, but you traded.

So, if you really want to invest, then you need to seek the World Dominators...

Yesterday, in just one day, Apple gained around $165bn of market value. Yes, in just one day, Apple "printed" more capital than the entire value of any of these companies: Nike, Mc Donalds, Astra Zeneca, Exxon Mobile, Toyota, Oracle ... In fact, with just this one day of capital appreciation, Apple could have bought outright any private or public company in the USA, except maybe 30 or 40.

Another way to look at it is this: Apple's valuation as of yesterday is the same as the entire GDP of the 10th richest country in the world, Canada. And to finish this off, Apple has enough cash in bank to give around $25 to each and every person on this planet. And that is despite having spend over $50bn to reduce its cash pile by 25% in the past 18 months... They just cannot spend their cash fast enough!

And what did they do to create $165bn of value? Well, their results were not stellar, they pushed back the delivery of the next iPhone model... but they did this: they said that the AAPL stock will be split 1:4 in a month. This alone created most of the value, with the reasoning that RobinHood casino traders will be able to afford the unaffordable AAPL stock and jump en-masse.

If all this is not World Domination, then what is????

You may have sensed it already: as most of the old world is collapsing, the new world, which used to be called the virtual world not so long ago, is racing forward. As the quarter results came-in, end of last week, and as the effects were being felt across the board, a handful of companies went into the green as the old world continued its long descent into red. But fear not! In the last 3 months, it took only 5 or 6 companies to flash their green for the entire market to be positive. Next quarter, it may take only 3 positive World Dominators to send the whole planet awash with a pseudo-wealth effect, despite the world around us collapsing in a faster and faster slow motion. 🙃

Here below is the year-to-date performance of the US market by capitalization and by market sector. 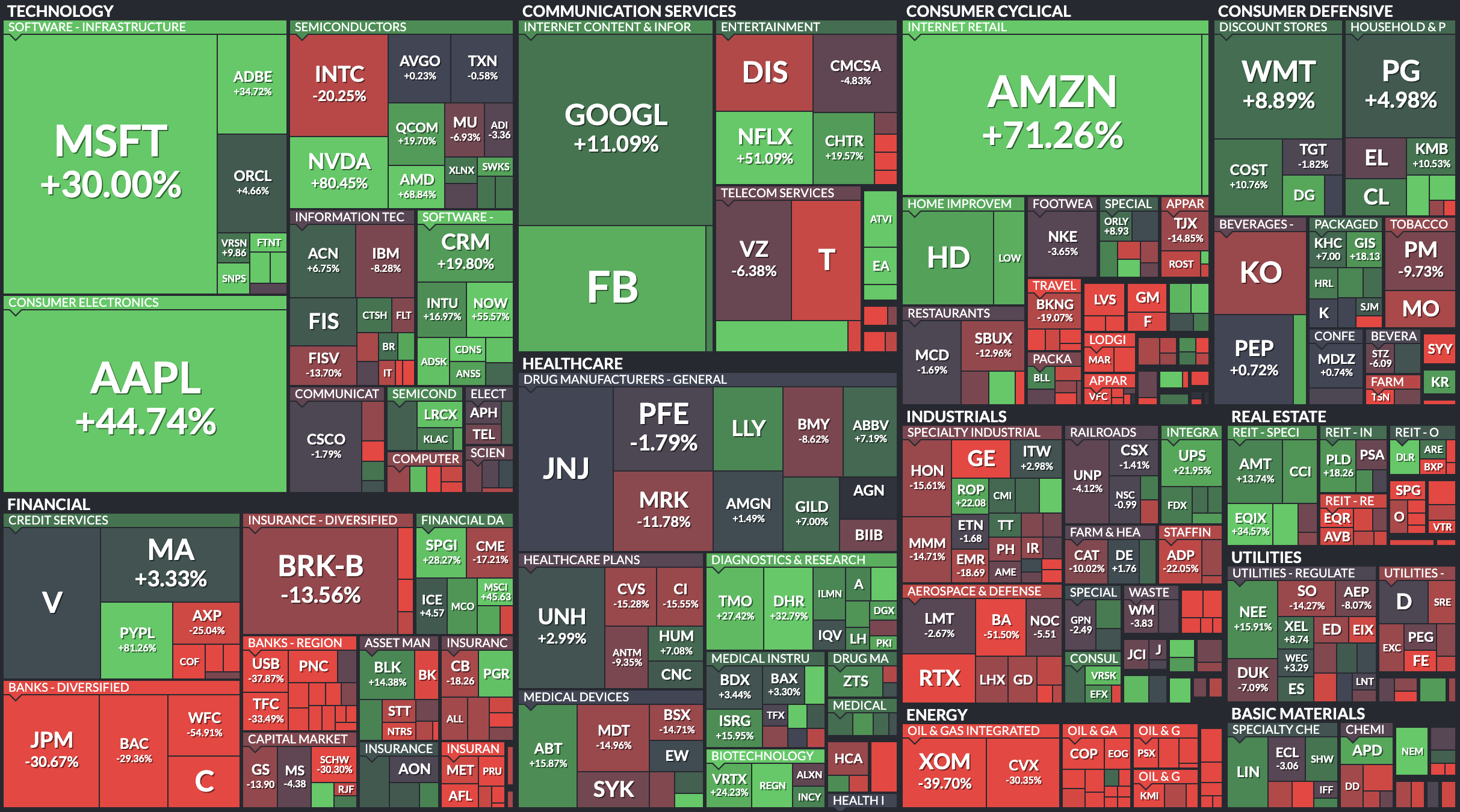 The infographic above says it all. The world right now is made of Technology (Tech), Finance (including FinTech), Communication (including AdTech), Healthcare (including BioTech), and the rest is mostly Amazon & Co 🥳. Basically, the world of value and capital is a world of Tech. The green boxes are mostly making up the new world, whereas the red boxes are mostly representative of the old world, disappearing fast. A company of $72bn valuation called Caterpilar (CAT) is a tiny square in this map. Go find it! What is $72bn of tractors and bulldozers in a world of Tech? 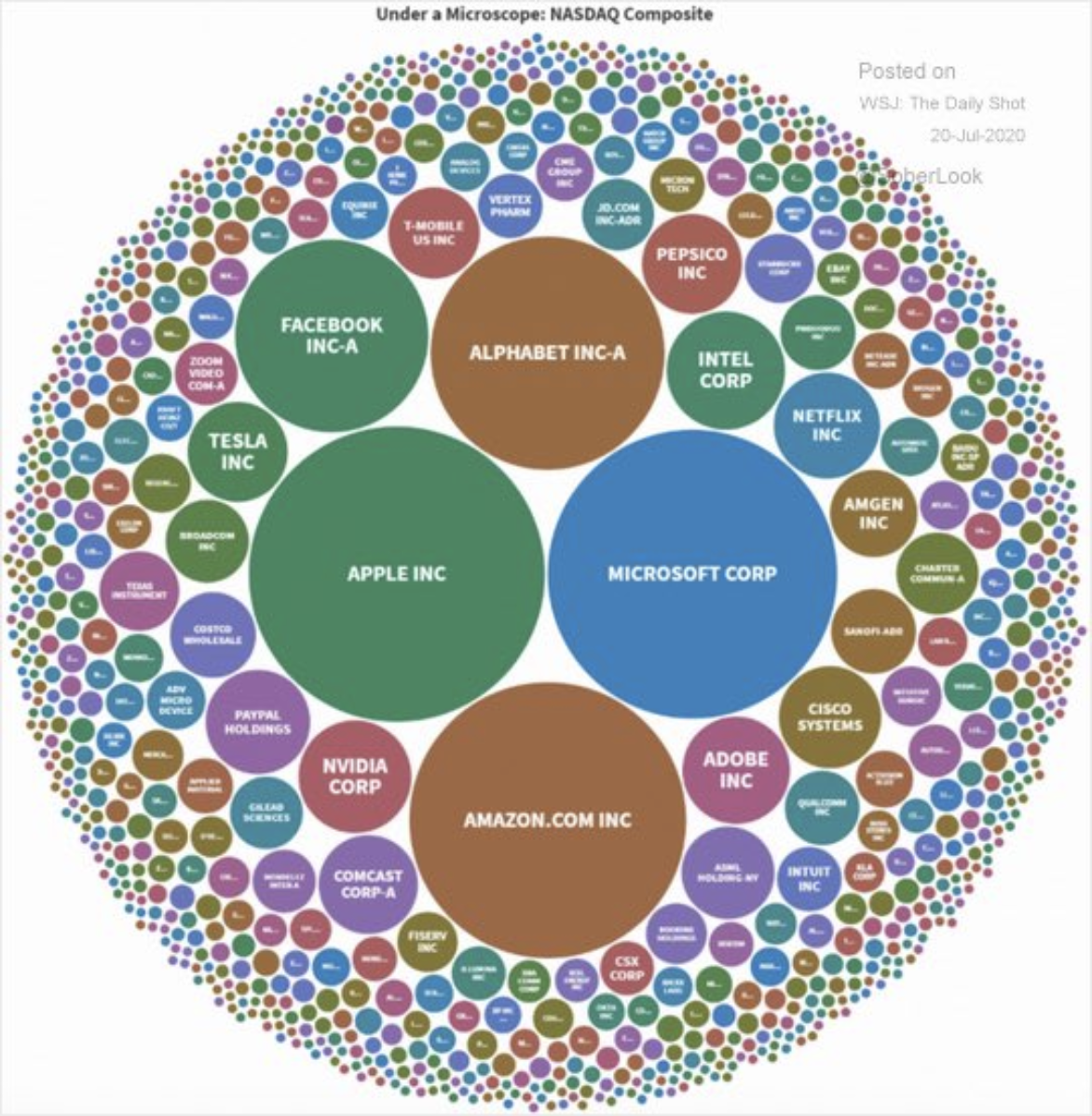 This is where we have to conclude. If you are investing for your future, your kids' education, your legacy, your very long term plan, you do not want to be trading. But equally, you do not want to be invested in the losers of the new world. I know I may appear a tiny bit biased. Having worked for Tech all my life, you would not expect me to pick Caterpilar as the next growth company. But look dispassionately at the facts. We all have to face this new world. There are only a few important sectors, and in each of these sectors, you can find one or two World Dominators. Well, if you want to invest, then start by picking the World Dominators.

I must stress that this article is not financial advice, and you need to be wise enough to know what you have to do for yourself. That being said... if you are planing for the next 20 years, and not the next 5... you may need to also invest in "the next Tech". The problem here is that you need to pick 20 to maybe end up with one future World Dominator. Who knew in year 2000 that the right bet was Amazon, and not Pet.com or AskJeeves.com? 😳

I am personally trying to identify the next Tech company of each sector, and I will invest a tiny little bit in all such companies with potential to disrupt. Most will not make it or may lose a big chunk of capital. But with a bit of luck, one or two may become decent World Dominators in the making. Just one is enough... As someone twitted recently, "During the .com crash, I bought 1,000 AMZN shares at $77 a piece and finally sold them 3 months later for $9.79 each, never wanting to touch them again. Yesterday, these 1,000 shares were valued a tad over $3.2m!"

Invest in the World Dominators of today, and those of tomorrow, for the very very long run. If you seek the windfalls, accept the bumps, they are inevitable. 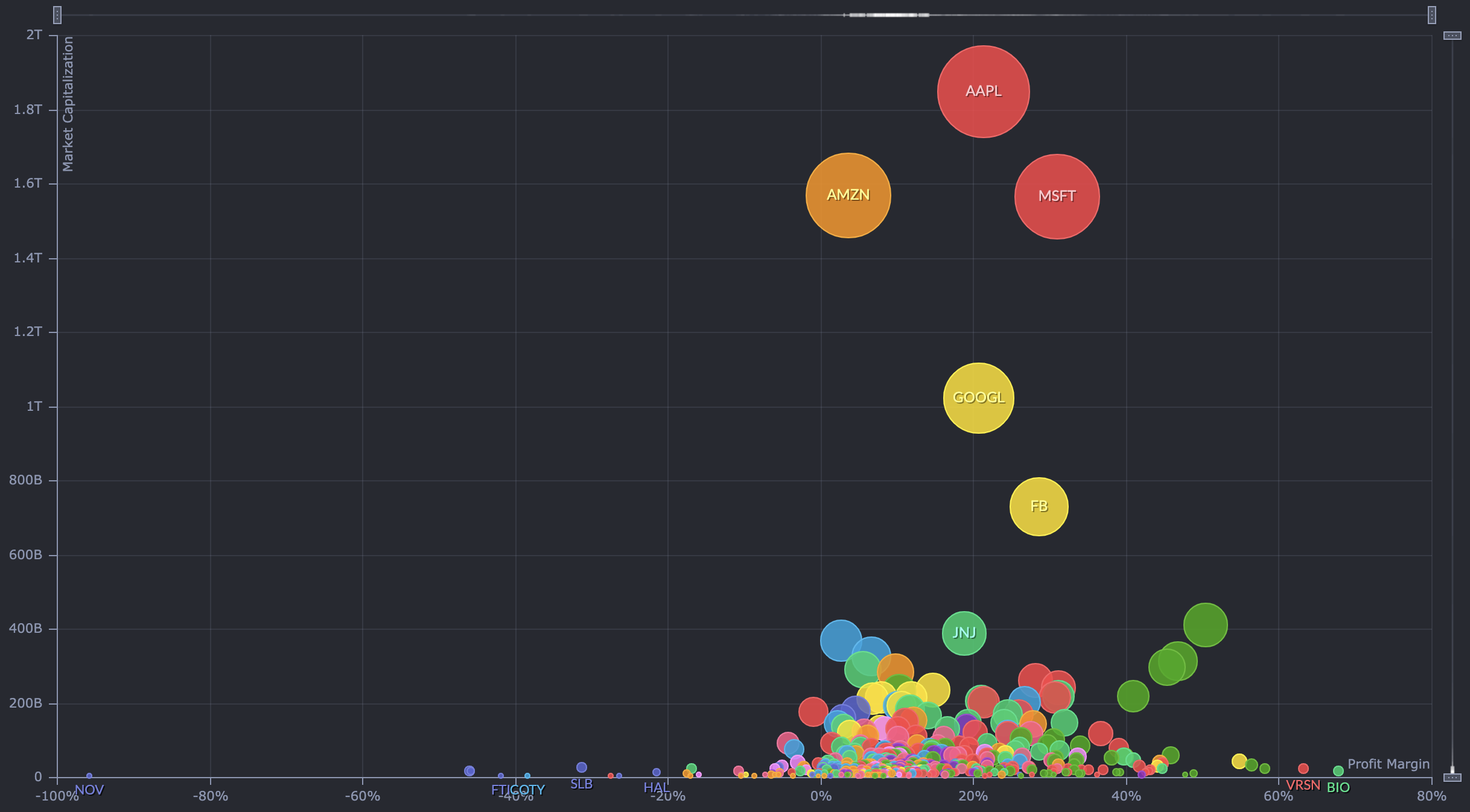