The world of Bots

Let me give you another secret: the world is not changing because of Covid19. The world was about to change anyway. Covid only accelerated the world's change program.

When Tesla produced a car in 2019, General Motors produced more than 20. However, earlier this week, this is what happened: in the morning, Tesla gained $35bn of market capitalisation, which is the equivalent of the full value of General Motors. In just a few minutes... In the afternoon, Tesla then switched to losses, and lost $42bn of market cap, or the equivalent of the full value of BMW. In a couple more hours...

The world's change program is accelerating, at the risk of not being reasonably understandable anymore...

This week, we are going to talk about something totally different: we leave the world of finance (only for a few days), and we enter the world of Bots 🤖! But before we go deep into it, once more, I have to give you another little story...

I am trying to read between the lines and understand the truth behind this Covid 19 disease. For this, and to avoid any risk of disinformation, I will use only one source of information, the UK government websites (anything that is .gov.uk) and my inquisitive mind. In addition, I will screenshot the evidence, as a professional investigator would surely do 😂. Here we go, on the tracks of the Covid 19... Belts and braces Ladies and Gentlemen!

As we all know, and as as the UK gov made it very clear in an article published in Jan 2020, the first Covid 19 were first identified as cases of pneumonia of unknown cause detected in Wuhan, Hubei Province, China. 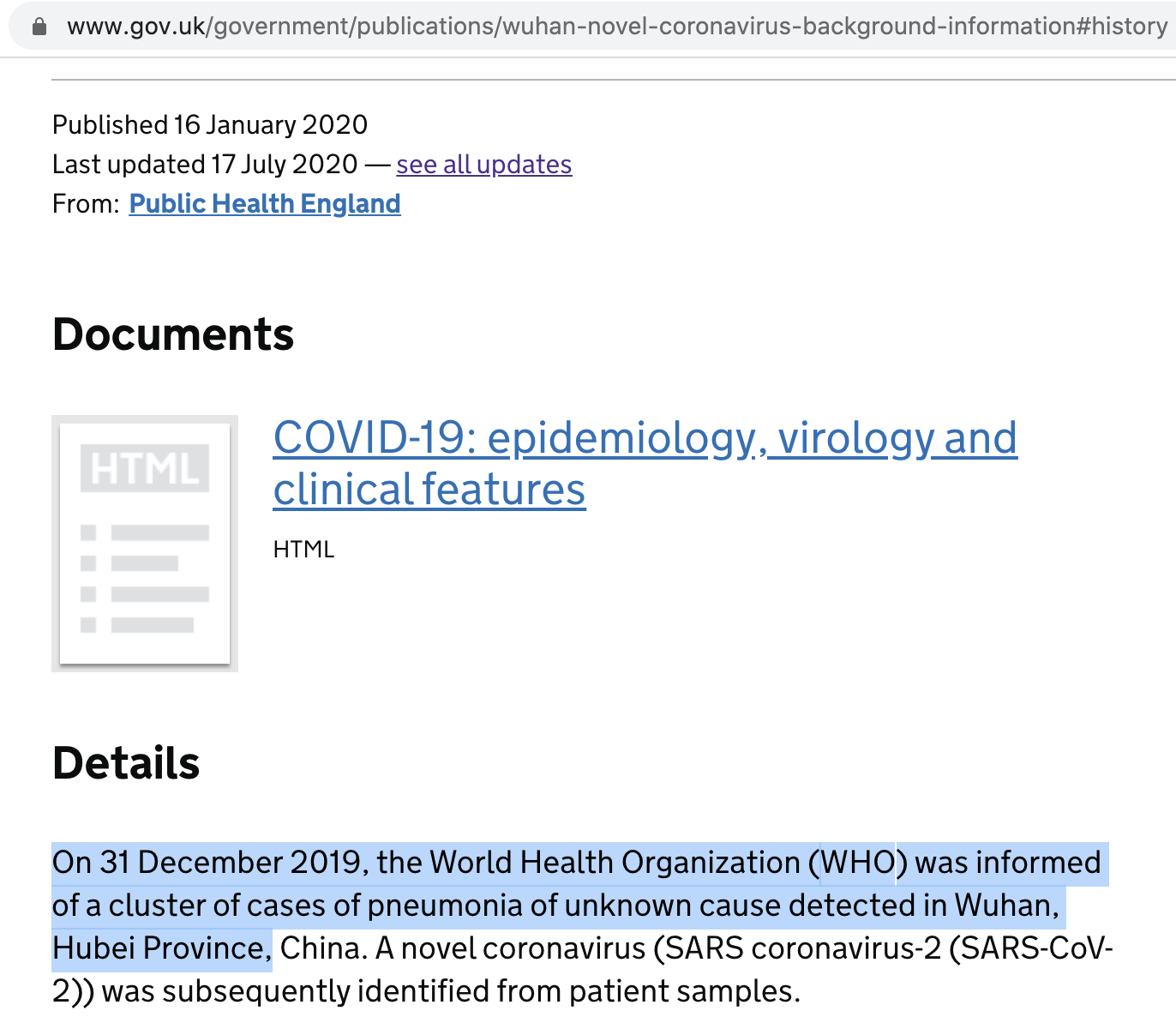 Although the government has clearly established evidence on some risk of transmission of Covid, they have felt the need to explain some "no evidence' cases. For example, they found "no evidence that COVID-19 can be caught from passive exposure to e-cigarette vapour". But they felt compelled to add "but in the absence of evidence, we recommend that vapers avoid exhaling clouds of vapour in the presence of others"

🤔 Ah OK, so when the government is compelled to state a "No Evidence" case, then it means "absence of evidence = avoid the risk anyway". 🤗 We shall remember this, it is useful to know! Move on, next news please...

🤭 The government has taken great care to state officially that there is "No evidence" that Covid19 can be transmitted by 5G! No don't laugh... they have a full official page for this! So... 🤔 we may be tempted to conclude, like the vaping no evidence, that we should not come close to a 5G network??? 😂 Ahah... such an entertaining government that we have here... Next please! 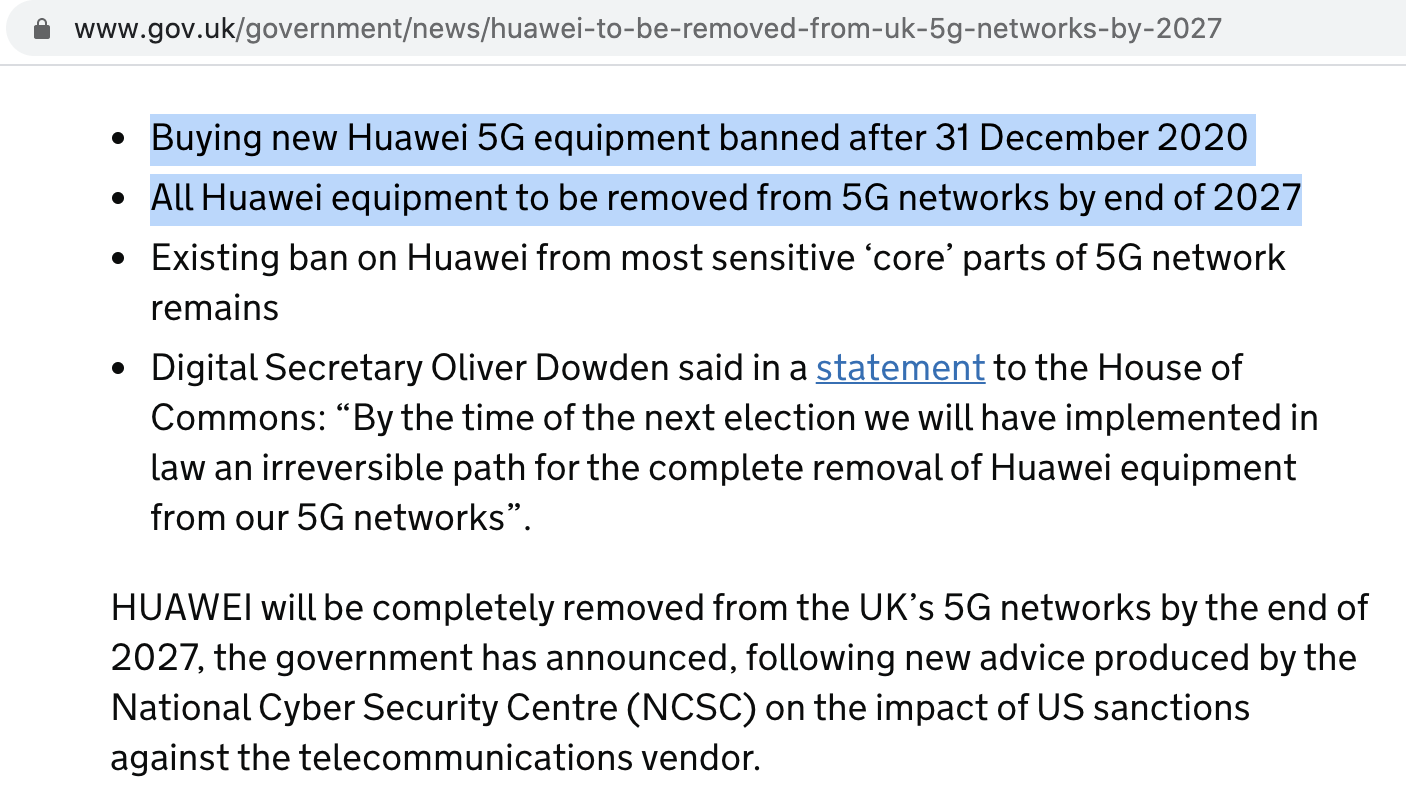 😦 😧 😳 Shit, where is this coming from? So it was true?? This Chinese virus is moving via 5G??? And the UK Government just realised that in the "absence of evidence", it was worth spending a few more £billions and removing all these chinese cables and chips underground and in Telco centers if we want any chance of getting rid of Covid 19 by 2027 😱😱😱 ????

A few weeks ago, OpenAI, an Artificial Intelligence company, released their new creation, called GPT-3. It is the third generation of their natural language processing solution, which is more like a super clever text generation system. The first one, GPT improved on a solution developped by Google in 2017. Their second iteration, GPT-2 was apparently so good that when released by end of 2019, open AI did not release the source code by fear that it could end up in the wrong hands and do more harm than good.

GPT-3 can parse the internet and repurpose information. It can translate English into French. It can make a summary of what it found. It can have a meaningful conversation about any topic. If GPT-3 had scanned the UK Government website, it could have created a news like this one in a few milliseconds:

"The UK Government has decided to launch a program to remove all Huawei components from its Telecom infrastructure by 2027. Despite having found no evidence of Covid being transmitted by 5G, there is a strong link between the Huawei Research Center based in Wuhan and the origin of Covid19. Therefore, the UK Government has decided to take a cautious approach and not allow Chinese chips and electronics be deployed in its cities, to minimise the risk of transmitting Covid19. Save Lives! Protect the NHS!"

In this fast pace and fast accelerating changing world, we will need a brain and a bullshit detector more than ever. Those who don't have this capacity will get done. No way back 🤷.